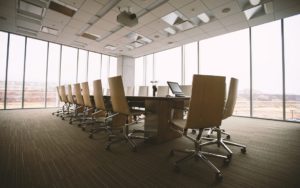 Following a recent call for nominations, we are pleased to announce that Dr Andrew Hogg and Dr Christopher Speers have been elected to serve as members of the Faculty Council for an initial three-year term.

Dr Andrew Hogg is a Consultant in Sport, Exercise & Musculoskeletal Medicine at Sheffield Teaching Hospitals & the English Institute of Sport, with a private practice at Claremont Hospital in Sheffield. Outside of the NHS he is Chief Medical Officer for British Wheelchair Basketball and team doctor to the GB Boxing squad. He is also the Head of Medical for Scotland Rugby League & the Chief Medical Officer to the UK School Games. He was previously club doctor for Leeds Rhinos & Sheffield Eagles RLFCs and still works as a match day doctor for Premiership rugby. A number of these roles have included attending major sports events and over the last decade he has been part of the medical team at 2 Olympic Games, a Paralympic Games, 2 Commonwealth Games, 5 World University Games, 6 World Championships and 6 European Championships.

Dr Christopher Speers is a Consultant in Sport and Exercise Medicine, working at the Nuffield Orthopaedic Centre, Oxford with the Oxsport and complex Musculoskeletal teams. Chris currently works as a Doctor for Aston Villa Football Club, with both the academy and first teams. He was the Chief Medical Officer of British Universities and Colleges Sport and has a wealth of elite sport experience at major European and World competitions including the Cricket World Cup England 2019, European Championships Glasgow 2018, the 2017 ICC Champions Trophy (Cricket) in England, travelling with Team GBR at the World University Games in Chinese Taipei in 2017 and the European Aquatics Championships in London 2016.

Chris has an interest in exercise medicine and champions the broad range of health benefits associated with physical activity. He is the lead Consultant for the Active Hospitals pilot, developed the Active Hospitals toolkit and is a contributor to the Moving Medicine and Motivate 2 Move websites; award winning national initiatives.