Home > News > Message from the President – Discussions with BASEM

Message from the President – Discussions with BASEM 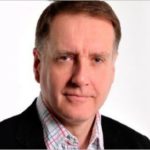 There appears to be some debate and concern about a document which has been written for the Council of the Faculty and the BASEM executive committee. This took the form of a joint position statement written by myself and Dr Roger Hawkes, President of BASEM, which expressed the personal opinion that there should be a review of the long-standing debate around whether our two organisations should join together. This joint position statement was sent to our respective councils saying it was our opinion that we should, and asked them to extend the debate to our wider membership. We hoped that we could come together as a College and ultimately apply for Royal status through the Privy Council.

The issue came about during one of our regular informal discussions which occurred at the beginning of the lockdown period. It was a very busy period with much uncertainty and emergency planning and it was clear that both organisations were drawing up guidance to support the national effort in the management and mitigation of Covid. There had to be considerable liaison in order to avoid conflicting messages coming from two organisations with very similar visions and missions. It was clearly an inefficient use of the precious time provided by our volunteers and risked undermining our national message. We felt that this time of national crisis should be one in which we reviewed our normal working practices.

The joint position statement was not a mandate for merger – it could not be. There are many constitutional processes to pass through before such a thing could occur and it would require full agreement from the Members and Fellows of both organisations. It was simply an expression of our wish for this to be debated with a wider audience in a structured and rational way. The period of lockdown seemed an ideal time to hold this debate – when many were less busy clinically.

The letter was released to the members of the BASEM executive committee and the Faculty council on the same day.

Fundamentally, this is about how we best improve the health and well-being of the nation through Sport and Exercise Medicine – which surely must override the interests of any particular organisation. I believe we can make our voice heard as a bigger and more influential College.

I wish to make a few things clear:

I hope this makes my position clear – I am very happy to discuss this with anyone individually or in a group meeting.