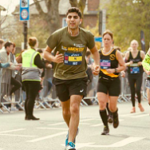 Tej is an academic foundation doctor in Manchester. He has experience working with the BJSM, the Centre for Sports Exercise + Osteoarthritis in Oxford, and the Manchester Institute of Health and Performance (MIHP). Outside of medical school, Tej is a keen runner, having recently finished his first marathon. 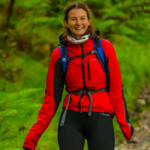 Shona is currently a foundation year one doctor in Trent. She has a strong passion for SEM, from elite sports to exercise prescription. During her spare time she is a competitive swimmer and enjoys the challenge of endurance adventure sports. 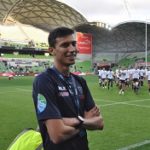 Tom is a final year medical student and is also the current President of Cardiff University SEM Society (CSEMS). Last year he was USEMS Secretary and in 2018 he completed a Clinical Sports Science iBSc (Hons) at Bangor University, with a dissertation involved within a NHS clinical trial into the body composition of rheumatoid arthritis patients. His other NHS research focus has been within Intermittent Claudication utilisation of exercise therapy. He has been involved in He has shadowed SEM doctors across a variety of environments but most consistently Rugby, shadowing both the men’s Welsh Premiership and the women’s English Premiership. 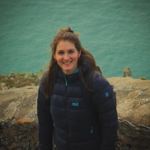 Catherine is currently intercalating in Sports Science at Bangor University, having done four years of medicine at Cardiff University. As part of her intercalated degree, she is undertaking an exercise as medicine related research project looking at the effect of exercise on cognitive function in patients with CKD. She was previously awarded the Tom Donaldson prize for a project looking at iron deficiency and screening in elite Welsh athletes. She is an active member of BASEM and is also secretary for Cardiff Sport and Exercise Medicine Society (CSEMS). Away from medicine, she enjoys rowing and cycling. 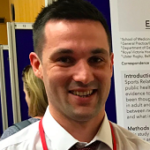 Jonny Elliott is a final year medical student at Queen’s University Belfast, where he completed a Masters in Public Health and is cultivating skills and elective experience to work in Sports and Exercise Medicine. He is research lead for the Irish Undergraduate Sports and Exercise Medicine Society and a resource author with Exercise Works. Jonny has elective experience at the National Institutes of Health, Washington D.C. and the Stadium Sports Medicine Clinic Sydney. He is actively interested in concussion management, human factors and rugby medicine and is undertaking research projects and publishing in each of these areas. 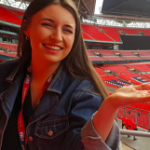 Molly is a 4th year medical student at Sheffield who has a keen interest in SEM. She is currently the Vice President of the Sheffield SEM society, and last year intercalated with the Centre for Urgent and Emergency Care (CURE) in Sheffield. She has thoroughly enjoyed volunteering and helping to organise numerous SEM conferences including SheffSEM 2018, USEMS 2019 and the recent Isokinetic Medical conference.  Molly absolutely loves sport, particularly the fact that it is diverse and all encompassing, with something for everyone. In particular, Molly enjoys playing football (and is a big Liverpool fan!), rowing, and walking in the Peak District, which is just on the doorstep in Sheffield. Molly also likes to run, with her next challenge being to complete the 2020 Manchester marathon. 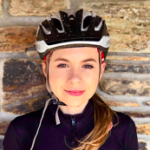 Lucy is a fourth year medical student currently intercalating in BSc Sports & Exercise Medical Sciences at the University of Exeter. Outside of medicine, she is an endurance adventure and triathlon enthusiast 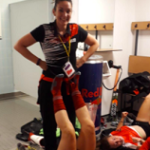 Rhiannon graduated from Cardiff University in 2019 and is one of the Senior Physiotherapy Representatives on this year’s committee. Whilst studying at Cardiff she was an active member of CSEMS, becoming the first physio student to hold the post of President. Since qualifying, she has been working in the NHS whilst completing an internship with Pontypridd RFC which has allowed her to complete Bronze CPD hours with the ACPSEM. She also works and volunteers in a variety of other sports, including transplant sport, and spent her summer as the Physio for the Austrian Women’s Hockey team during the European championships in Glasgow. 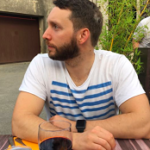 James is an experienced MSK physiotherapist, working both within the NHS and at the Sheffield United FC Academy. SEM is a true passion, and his interests lie in rehabilitating long-term knee and soft-tissue injuries. James is a keen gym-goer, runner, and has recently discovered yoga.

Tom is a final year physiotherapy student studying at Cardiff University. Previously He has been involved with the Cardiff SEM society and has volunteered with sporting events such as the Tenby Iron Man and British Transplant Games. Tom is a rugby player currently playing for Cardiff Medicals RFC and a keen cyclist training for a charity ride spanning the length of wales in support of men’s mental health.

Mallika is a third year graduate entry medical student at the Univeristy of Birmingham. Mallika has had a love of sport, especially football and has been volunteering as a student sports medic for local football teams. She is a keen walker (especially with her dog!) and is looking forward to getting stuck in with the SEM committee this coming year.