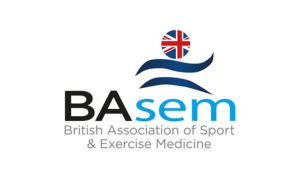 Emails went out to BASEM members this week, and the vote will remain open until 18 September. the vote is an ordinary resolution, which means that 50% of all full BASEM members need to vote Yes in order for the resolution to pass.

If the vote is in favour of these discussions going ahead, the next steps would be BASEM and FSEM creating a formal proposal for the merger of the two organisations, outlining what the resulting Royal College of SEM would look like. Both organisations will seek input from their members regarding what this proposal would look like, and once a proposal is written, the BASEM Membership would then be asked to vote again to accept or reject it. For this second vote, 75% of ALL BASEM members would need to vote in favour in order for it to be passed.

If your vote is not in favour of these discussions going ahead, no further discussions between BASEM and FSEM regarding a merger will go ahead. If this is the case, FSEM intends to purse the aim of becoming a Royal College independently.

An online discussion has been arranged to bring together those in SEM wishing to talk about the proposal. It will take place on Wed 2 Sept at 6.30pm via zoom. Register here to join the discussion.