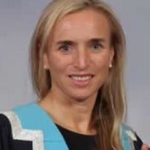 Dr Natasha Jones initially qualified from St Bartholomews Medical School, London in 1992 and became a General practitioner in 1997. After 8 years of General practice, she went on to pursue her personal interest in Sport and Exercise Medicine and became a consultant in Oxford in 2010.

Dr Jones is currently an experienced sport and exercise medicine consultant working for the Oxford University Hospitals NHS Foundation Trust. She is also a Senior Sports Physician with the English Institute of Sport and has looked after athletes in a wide variety of Olympic and Paralympic Sports including sailing, hockey, canoeing, athletics, synchronised swimming, wheelchair tennis and wheelchair basketball.

Dr Jones previously served as Vice President of the Faculty, and has for many years led the physical activity agenda for the Faculty as Clinical Lead of our award-winning Moving Medicine initiative. 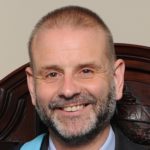 Dr Tomlinson is an experienced Sports Physician with special interests in Gymnastics and Football. He currently serves as Chief Medical Officer to British Gymnastics, is a Senior Sports Physician with the English Institute of Sport and Sports Physician at Wolverhampton Wanderers FC. 2020 marks his 16th season working in professional football, and he has travelled with teams for the FA, BOA and British Athletics. He is a Consultant in Sport and Exercise Medicine at the Robert Jones and Agnes Hunt Hospital in Oswestry, and was an HQ Medical Officer for Team GB at the Rio 2016 Olympics, and Team England at the 2018 Commonwealth Games. 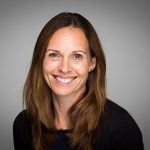 Dr Newton was appointed as a consultant in Rheumatology/Sport and Exercise Medicine (SEM) at the Oxford University Hospitals Trust in 2006 and has worked for the English Institute of Sport as a Senior Sports Physician since 2007 looking after elite athletes in a multi-sport environment.

Dr Newton is clinical lead for the SEM department in Oxford and has been the training program director for the specialty training scheme in the Oxford Deanery since its inception in 2008. She is the Deputy Head of School for the School of Medicine, chair of the Specialty Advisory Committee and was first elected as a council member for the Faculty of Sport and Exercise Medicine in 2016.

Dr Newton sees the whole spectrum of musculoskeletal, sport and exercise associated problems and has particular interest in: female and adolescent athletes, bone stress and stress fractures and in injuries related to high volume training. 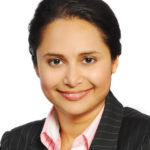 Dr Krishnasamy is an experienced Sport & Exercise Medicine physician and is passionate about a holistic approach to health and wellbeing, encompassing physical activity, dietary and lifestyle measures.

She is a Fellow of the Faculty and was appointed as Honorary Secretary in 2022. She has experience in working at national and international sport events including the London 2021 Olympics and Paralympic Games as well as the Gold Coast 2018 Commonwealth Games. She recently completed a Master of Philosophy (MPhil) in Medicine at the University of Sydney, Australia on ‘The role of skeletal muscle in knee osteoarthritis’ and was an invited speaker at the Royal College of Physicians on ‘Making a difference with physical activity in chronic diseases’.

She has been accepted into the 2022 NHS Clinical Entrepreneurship Scheme and is also an Associate Trainer with Doctors Training where she provides mentoring and support to doctors on wellbeing, self-care and resilience. She is also a certified Lifebook Premium Leader where she guides and empowers individuals to choose the life one would like to lead. 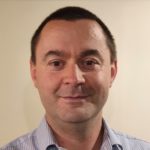 Prof. Patrick Wheeler was appointed to the position of FSEM Honorary Treasurer in 2020, having previously been elected to FSEM Council in 2016. Patrick was one of the first doctors entered onto the GMC Specialist Register in Sport & Exercise Medicine, after successful CESR completion in 2009. In the same year he was appointed as a Consultant in Sport & Exercise Medicine in the Sports Medicine Department of the University Hospitals of Leicester NHS Trust (UHL); the department in which he started working more than 20yrs ago, initially as a GPwSI. Since 2013 he has also worked 2 days a week at Loughborough University with involvement in a number of teaching and research activities, and where he has been awarded an Honorary Clinical Professorship.

Patrick’s main areas of personal clinical research involves the medical management of tendinopathies, he has several ongoing NHS-based interventional research studies and his PhD was in this area. He has taught, examined, and supervised at several universities at undergraduate, post-graduate, and doctoral levels, as well as holding Clinical and Educational supervision roles in SEM Higher Specialist Training.

Patrick has previously worked extensively in elite and performance sport. He worked for the English Institute of Sport between 2007 and 2013, was CMO for a number of sports between 2004 and 2016, and worked for ParalympicsGB at the Rio2016, London 2012, and Beijing2008 Paralympics Games. He has stepped away from direct sport work to concentrate on his NHS, University and Faculty roles.